Is My Kid The Asshole?

If you’re a parent, you probably sometimes wonder if you’re doing it wrong. Like when your kid tries to light his sibling on fire and you think, geez, how did I raise such an asshole? In 2020, Melinda started a free Substack newsletter, Is My Kid The Asshole?, that uses science to answer parents’ (sometimes literally) burning questions about obnoxious child behavior, what it means, and what to do about it. In February 2021, Is My Kid The Asshole? was featured in The Week magazine’s Best Parenting Advice.

The goal of Is My Kid The Asshole? is to make life as a parent easier and to provide simple strategies that will keep parents and kids happy and healthy.

If you have a question you’d like addressed in the newsletter, please submit it here.

Why kids struggle at bedtime

Dear Is My Kid The Asshole,

My daughter is often an angel during the day, but at bedtime she turns into the devil. She starts bouncing off the walls when she’s supposed to get tucked in, and she refuses to stay in her bed. Help!

I Am Losing My Mind 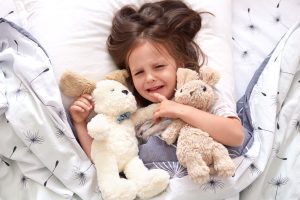 Dear I Am Losing My Mind,

I have been there. I think we all have been there. I remember one week that was particularly harrowing: I was eight months pregnant and my husband was out of town for work. Out of the blue, my then three-year-old son, who was normally pretty easy at bedtime, totally lost his shit for a few nights. He refused to stay in his room at lights out; as soon as I closed the door, he opened it and came trotting out. This happened over and over and over again. I remember, at one point, standing outside his room holding the door shut with all my pregnant might while he was on the other side trying to pull it open. If you had seen me, I’m sure you would have laughed. I, on the other hand, was crying. Read more…

Why Screens Turn Kids Into Demons

Dear Is My Kid the Asshole,

When my kids play video games together or online with their friends, they’re funny and charming and cooperative. But afterwards, they get angry and mean. Why do video games turn my delightful preteens into demons?

Screens Are Great Until They’re Not 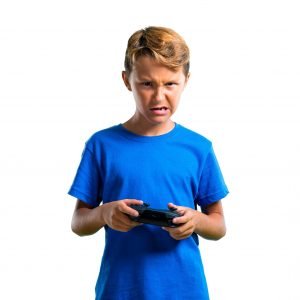 Dear Screens Are Great Until They’re Not,

I feel you on this one. Santa gave in and got the kids a Nintendo Switch this year. For the most part, it’s been fun. Just Dance 2021 is now my go-to weekend exercise regimen (although I do wish they had disco). And video games sure are a convenient form of pandemic childcare. But I’ve noticed that game-playing sometimes turns my kids into jerks. After they play, they’ll stomp upstairs, yell at everything in their path, and slam their bedroom doors. I’m often left thinking: Why did we — er, Santa — think this was a good idea? Could video games be poisoning my kids’ minds?

To find out, I reached out to doctors, psychologists and media researchers who advise parents on issues related to screens, and the answer I got was a reassuring no. I’m not going to delve into the controversy over the long-term effects of screens (if you want my take, pre-order my new book, which includes a chapter that dissects the science). But I do think that many of the seemingly scary short-term effects of screens on kids get less scary when you take a minute to put them into context. (By the way, if that recent New York Times article on the explosion of kids’ screen time during the pandemic freaked you out, here’s a Twitter thread that might make you feel better.) Read more…

I did all the things to ensure my kids had a nice holiday. Now they’re grumpy and whiny.

Dear Is My Kid the Asshole,

We tried our damnedest to have a decent holiday this year, and I think we mostly pulled it off. And I know we have so much to be thankful for. But now, my kids are moping around the house, listless and complaining and driving me nuts. Come to think of it, I feel pretty down in the dumps too. Is my kid — and am I — the asshole?! 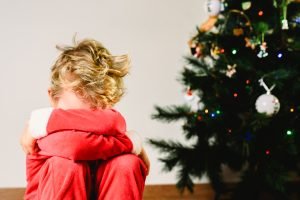 Nobody’s the asshole here. Actually, that’s not true. 2020 is the asshole. 2020 has been an obnoxious, despicable asshole.

But no, your kids are not the problem, even if they’re legitimately driving you insane. And I promise, you’re not alone. Remember the Instagram video you saw of your friends’ children politely taking turns opening gifts on Christmas morning? Today, those kids probably threw pancakes at their parents’ heads because they didn’t have enough maple syrup on them. Read more…

Why do my kids turn into monsters over the holidays?

Dear Is My Kid the Asshole:

Why is it that mid-December, every year, my kids morph into psychopaths? This is supposed to be the most wonderful time of the year, not the most deplorable. And yet, here we are. Help! 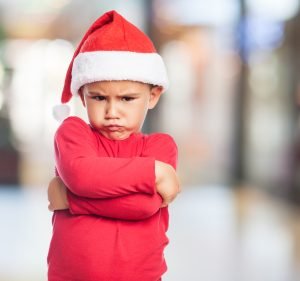 As soon as my six-year-old came downstairs this morning, she had a meltdown and locked herself in the basement. So I hear you. I do.

My friends do, too. Yesterday, one of my friends told me that a few years ago, on Christmas eve, her three-year-old decided to re-enact the Wet Bandits portion of Home Alone. “He stopped up a sink and flooded a first-floor bathroom so badly that water was pouring through the basement ceiling,” she recalled. Another friend with three-year-old twin boys (bless her) says that she’s now living a particularly hellish version of Groundhog Day. Each morning, the boys decide that they MUST HAVE something specific and weird — a fuzzy gingerbread man, a Raffi puppet — and they start having tantrums if she doesn’t conjure it within hours. The next day, it happens again but with something else.

Why do our kids lose their minds in December, and what can we do to make it stop? Is this year going to be even more intolerable because of course it is? I have answers. Read more…